"Small law firms bill 2.02 hours per day." Are you missing out on revenue? - InfoTrack
Skip to content
Login

“Small law firms bill 2.02 hours per day.” Are you missing out on revenue? 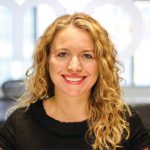 Multiple large-scale studies have shown that fee earners in small law firms are billing, on average, only 2.02 hours per day. The first time I read one of these studies, I was quick to dismiss it. Lawyers are some of the hardest working and most diligent professionals I know.

So, at Smokeball we set out to find out for ourselves the current state of billing in small law in Australia. This year, we asked more than 134 small law firms across Australia about their billing practices and the results were worrying.

Across the country, two-thirds of firms do not believe or are unsure if their billing accurately reflects their firm’s completed work, and more than half of Victorians firms agreed with this. Only one-quarter of respondents knew what percentage of their time-billed work was billed daily and almost half (46 per cent) estimate they are not billing up to a quarter of their work.

Why is this happening?

The biggest reason given for missing billable hours was fixed fee structures, being time poor, underestimating the time involved in preparing matters and the inability to accurately record and capture activities.

Looking forward, 62 per cent of respondents identified time management as their biggest challenge in 2021, followed by managing costs at 35 per cent and billing and collecting fees at 29 per cent.

Where is it going?

When asked where they lose most time in their day, administrative work was the top time drainer (35 per cent), followed by emails (25 per cent) and phone calls (24 per cent). In contrast, meetings only accounted for 1 per cent of lost time and documents 4 per cent. Less than a quarter of respondents filled in timesheets as they worked.

The increase in complexity of billing, and the increase in the sheer number of iterative transactions that fee earners deal with and perform daily, makes it all too difficult to keep track of time. The result is that only the “chunky” items are recorded and billed for, which on average is apparent to be only 2 hours per day.

What can we do?

In response to this huge loss of billable work which is estimated as much as $3.7 Billion across small law in Australia, Smokeball has created AutoTime, an automated time and activity tool which is integrated into Smokeball’s practice management software. More than one-quarter of respondents who use the tool estimated it gave them back around two hours or more per day, enabling them to bill more hours per day without charging their clients more (due to increased productivity), and equating to average additional billings of $137,000 per fee earner per year.

With AutoTime, Smokeball tracks all activity performed on a case, timing it to the second and associating it with the case – every email drafted, every document created or reviewed, every task, event, message and even data entry is tracked for every user, on every case, every day – without timers, timesheets, or any human interaction. AutoTime captures all these interactions, adds them up and bills in one clean time entry per day. This data is the key to all firms increasing their billings.

Smokeball is dedicated to helping small law firms solve their billing problem. This is our mission. We are not going to stop until we see small law firms billing appropriately for their services, becoming better businesses, and ultimately helping the communities they support to thrive.