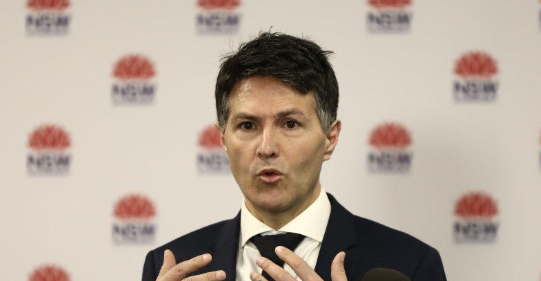 PEXA's monopoly will disappear next year following a decision to set up rules to enforce competition in the $240 million electronic property transaction market by requiring common technology standards for all existing and future platforms.The decision by state governments on Monday brought to an end a fight that pitted Australian Competition and Consumer Commission head Rod Sims and NSW, Queensland, SA and ACT against WA and Victoria, as WA dropped its opposition and agreed to national standards on so-called interoperability.

The majority decision requires all states to have legislation in place by mid-2021 and the system functioning by year-end at the latest to allow lawyers, conveyancers and financial institutions to transact with customers on different platforms and not be restricted to any particular platform.

The only loser was PEXA, Mr Dominello said.

"They’ve gone from the only player in the market, which means super profits, to a position where they’re going to have to compete for market share."

Link Group-owned PEXA already manages almost all transfers, mortgages and discharging of mortgages done across Victoria, NSW, Queensland, SA and WA, generating about $170 million in fees in a market that could rise to about $240 million – or 3500 transactions daily – when all jurisdictions are on board.

"Western Australia has confirmed its support for interoperability and the proposed implementation timeframe as agreed by [regulator] ARNECC," a spokeswoman for WA Lands Minister Ben Wyatt said on Tuesday.

"We’re pleased progress is being made but further detailed work still needs to be done on market structures, technical solutions and the legislative framework," Mr Wynne said.

PEXA was not part of Monday's roundtable, which a source said was unexpected and came ahead of a government-industry meeting next month that many thought would discuss the matter.

The company slammed the NSW- and SA-led process, which it said would lock in a duopoly, deliver little benefit for consumers and inject "significant" cyber-security risks into the system.

"The imposition of this system on all states and territories, without genuine consideration of alternative models that promote true competition without such risks, would constitute a failure of process with significant ramifications for the property market and Australian homeowners," PEXA chief executive Glenn King said.

David Wills, the chief executive of Sympli, jointly owned by stock exchange operator ASX Ltd and Infotrack, and which is the most advanced rival to PEXA, said the decision was great for his company and the industry.

"This will allow us to accelerate our investment and make sure that we’re ready to go in the market by the time interoperability is up and running," Mr Wills said.

He dismissed the risk of a duopoly.

"There’s been a lot of work done around the technical aspects of this to ensure any new entrant could participate in the industry," he said.

Mr Dominello said Monday's agreement came after the states agreed the benefits of implementing an interoperable system would outweigh the costs. The conveyancing, legal and banking industries backed it, he said.

"The power of stakeholders unanimously supporting this push for competition was a big signal to the market and to the jurisdictions that this is the right way to proceed," he said.