In the Torrens system, registration (without fraud) is still trumps

Home > News & Insights > In the Torrens system, registration (without fraud) is still trumps 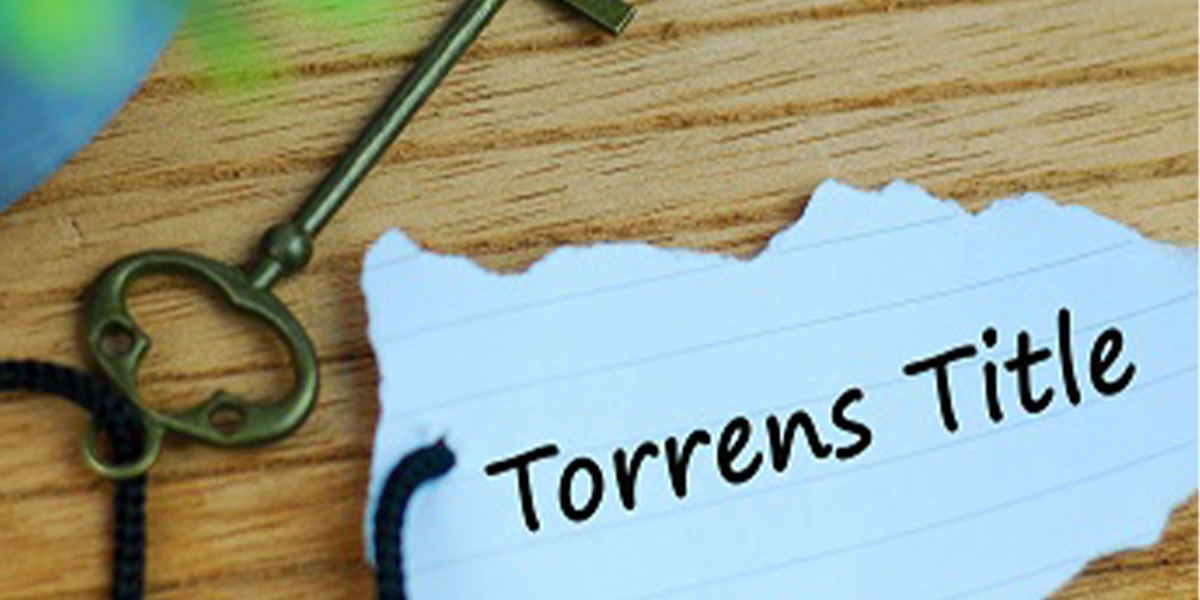 The recently reported case, Perebo Pty Ltd v Wayville Residential Investments Pty Ltd and Ors  [2019] SASC 35  Stanley J., enforced the indefeasibility of title obtained by registration in the absence of fraud and other circumstances set out in s 69 of the South Australian Real Property Act (RPA), despite an incorrect certification by the solicitor for the mortgagee.

Action was brought by the mortgagee plaintiff after loan agreements (deeds) were made in August and September 2017, a mortgage dated 3 August 2017 was registered, and a subsequent deed of variation made  on 15 December 2018.

It was common ground that the mortgagor/borrower defaulted.

Although not required to be mentioned in the judgment, which turned on the benefits of registration, in the background to this case are the ARNECC rules and their adoption by RGO South Australia.

The mortgagor did not execute a mortgage.

‘The Prescribed Person has taken reasonable steps to verify the identity of the mortgagee.

The Prescribed Person holds a properly completed Client Authorisation for the Conveyancing Transaction including this Registry Instrument or Document.

The Prescribed Person has retained the evidence to support this Registry Instrument or Document.

The Prescribed Person has taken reasonable steps to ensure that the Registry Instrument or Document is correct and compliant with relevant legislation and any Prescribed Requirement.

The Mortgagee, or the Prescribed Person, is reasonably satisfied that the Mortgagee it represents:

(a) Has taken reasonable steps to verify the identity of the mortgagor; and

(b) Holds a mortgage granted by the mortgagor on the same terms as this Registry Instrument or Document.'

The plaintiff mortgagee conceded that the mortgage should not have been registered but argued that there was no proper basis for equity to restrain the plaintiff.

20     “The certification is signed by the plaintiff’s solicitor, Bede Anthony Elliott on behalf of the mortgagee.

(1) If land is to be charged or made security in favour of a person, a mortgage must be executed by the registered proprietor and the person.

(2) A mortgage lodged for registration in the Lands Titles Registration Office must be in the appropriate form.

(3) Certification required under section 273(1) in relation to a mortgage lodged for registration in the Lands Titles Registration Office must be provided by the mortgagee.

(4) If certification under section 273(1) is provided by a mortgagee in relation to a mortgage lodged for registration in the Lands Titles Registration Office, the mortgage will be taken, for the purposes of this section, to have been executed by the mortgagee.

(i) by a legal practitioner or a registered conveyancer; or

(ii) if the Registrar-General has given written approval for another person to provide the certification—by that person.

(6)  If the Registrar-General registers a mortgage that is executed solely by the mortgagee, the corresponding mortgage—

(a) must be retained by the mortgagee until he or she ceases to be mortgagee; and

(b) if the mortgage is transferred under section 150—must be given to the transferee.

(7) If a mortgage is transferred under section 150, the corresponding mortgage must be retained by the transferee until he or she ceases to be mortgagee.

(8) This section only applies to land intended to be charged or made security under this Act by the registration of a mortgage.

(1)  Subject to subsection (2), the Registrar-General must not register or record an instrument purporting to deal with or affect land (including an instrument lodged electronically under the Electronic Conveyancing National Law (South Australia)) unless a prescribed person has, on behalf of each person required to execute the instrument under this Act, provided certification in the appropriate form—

(a) in relation to compliance with relevant legislation; and

(b) that the requirements of this Act in relation to verification of identity, verification of authority and execution of documents have been complied with in respect of the instrument; and

(c) that any document relevant to certification of the instrument that is required to be retained under this Act has been so retained; and that there has been compliance with any other requirements prescribed by regulation for the purposes of this section. “

His Honour briefly discussed leading authorities in Australia on indefeasibility of title so far as they related to registered mortgages at 31 et seq.

This in an appeal in which the trial judge had decided that the mortgagee had been fraudulent in registering the mortgage, but whose decision to declare the mortgage void was set aside by the Victorian Full Court.

Stanley J said at 37:
“Accordingly subject to s 69 of RPA (which he held did not apply), once the plaintiff mortgagee obtained registration of its mortgage, the Brighton properties became encumbered in favour of the plaintiffs irrespective of whether the mortgage document was a valid instrument.”

He further determined there was no fraud nor unconscionable conduct and that none of the eight possible bases to set aside indefeasibility under s69(a)-(i) of the RPA existed. (38)

Such incorrect representation did not amount to a ground to invalidate or lead to the unenforceability of the mortgage. (39)

Accordingly, the plaintiff obtained judgment with possession, interest and costs.