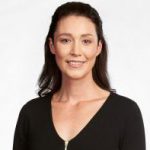 Andrea practises in Criminal Law, Regulatory Matters, Family Violence and Family Law. Andrea also has an interest in Commercial Law with a focus on consumer and contract law. Immediately prior to coming to the Victorian Bar, Andrea worked at the Office of Public Prosecutions where she gained experience in the General Prosecution of criminal and regulatory matters. Andrea then specialised in Sexual Offences. She was responsible for the preparation of a variety of complex matters in the Magistrates’ Court, County Court, Supreme Court and Court of Appeal including committals, pleas, trials and interlocutory appeals. Andrea also has keen interest and experience in written advocacy. She has drafted notices and advices regarding the operation of provisions in the Evidence Act, Sentencing Act and Sexual Offenders Registration Act and sufficiency of evidence. Since coming to the Bar, Andrea has also provided advice and drafted documents in Commercial and Family Law disputes. Before commencing at the OPP, Andrea was Associate to Her Honour Judge Cotterell in the County Court, sitting in the Criminal Directions List and in Trials. Andrea commenced her career at the ANZ bank, as a graduate. Andrea holds a Bachelor of Laws (Honours II) and a Bachelor of Economics from the University of Sydney.

Public speaking: A skill, not a talent

This piece first appeared in Portia, a publication by Victorian Women Lawyers in 2018. It is my view that no person is born a good public speaker. It is a skill that is learned and…